The Princess of Lamballe 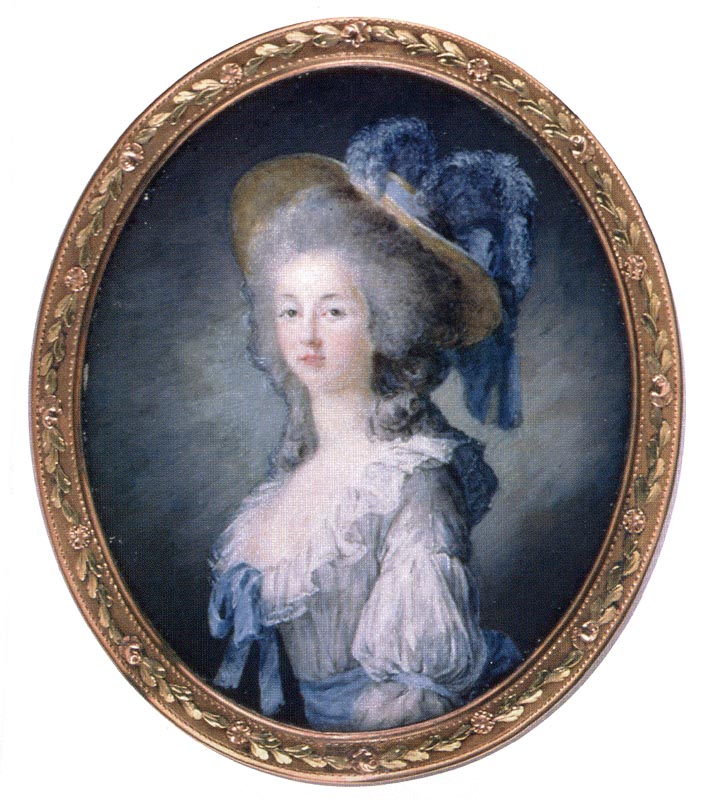 The Princess of Lamballe was Marie Antoinette’s foremost heroine. She returned to France from the safety of London so that Marie Antoinette could have a friend with her in the months before the King was deposed – and the brave woman was slaughtered just weeks after this deposition.

Lamballe was by Marie Antoinette’s side on her first weeks of imprisonment, sharing the Queen’s agony – but all too soon the revolutionaries came in the dead of the night, as was their wont, to remove Lamballe. The next Marie Antoinette heard of her dear friend was when the thugs broke off from massacring thousands of suspected royalists in the prisons, to come to her prison to force the Queen to kiss the dead lips of her so-called ‘lover’.

Fortunately, the brave town councillor Daujon, faced down the thugs and, with a mixture of cunning and flattery, persuaded the thugs to move on to the centre of Paris with their ‘trophies’ (Lamballe’s body, in gruesome bits).