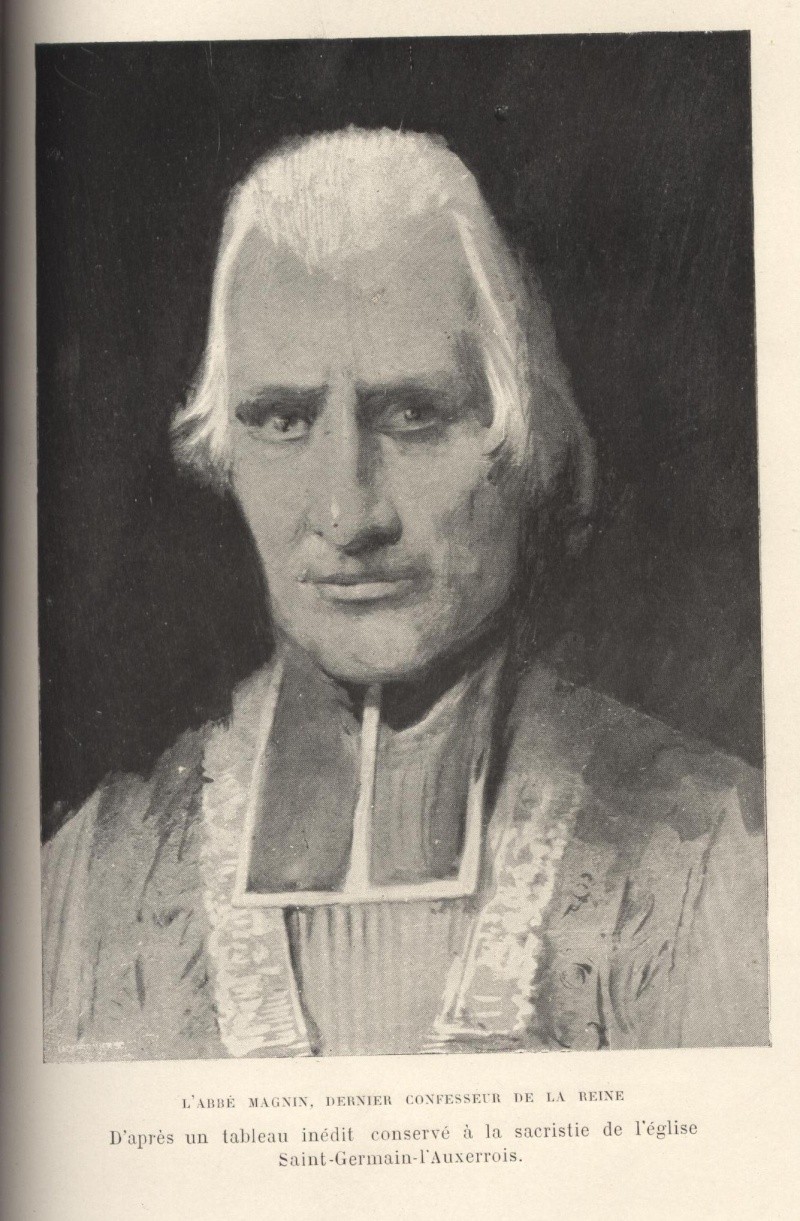 “The good Lord has chosen me, in spite of my unworthiness, to fill your soul with His grace.”

During her last days of life, Marie Antoinette was secretly visited in her cell, in the dead of night, and given Holy Communion – or was she?

Some commentators afterwards ridiculed the idea that, at the height of the ‘Terror’, whilst Paris was ruled by the mob, a priest was able to make his way to Marie Antoinette’s cell and minister to her. However, stranger things have happened! Even Danton was supposed to have received succour from a priest in his last hours.

For the adult Princess Marie-Thérèse, Marie Antoinette’s sceptical daughter, there was no debate. Magnin had consoled her mother in her last days.