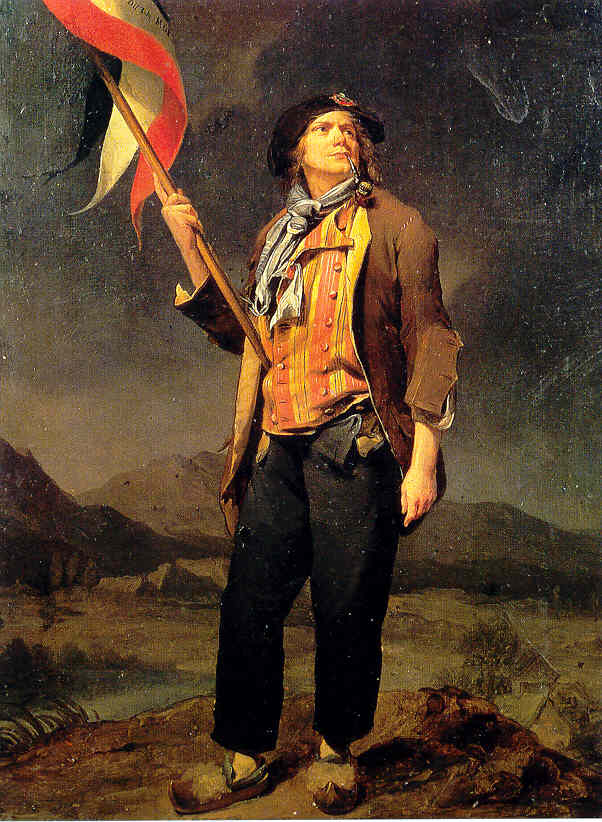 “Citizens, this young girl has been arrested by mistake. I’m removing her from prison as it’s unfair to permit the innocent to die alongside the guilty.”

The Duchess of Tourzel’s daughter was incarcerated in La Force Prison in September 1792, when the mob arrived to slaughter suspected royalists. Monsieur Hardi, a member of the Commune (the new revolutionary council of Paris), decided to rescue the girl, arriving at the cell she shared with her mother and the Princess of Lamballe, at 1 in the morning, to try to save the life of the 17 year old. He then took her downstairs, hiding in empty cells with her, whenever he heard the mob coming near, along the corridor.

The mob had already been at the prison for a day, slaughtering hundreds, if not thousands of prisoners. Now Monsieur Hardi, a member of the revolutionary Paris Council, had decided to risk his own life to escort the young girl out of prison.

He arrived at the entrance hall of the prison, which was crowded with drunken, bloodied thugs. However, because he was a member of the revolutionary council of Paris, the mob reluctantly listened to him and then let him leave the prison with the girl.