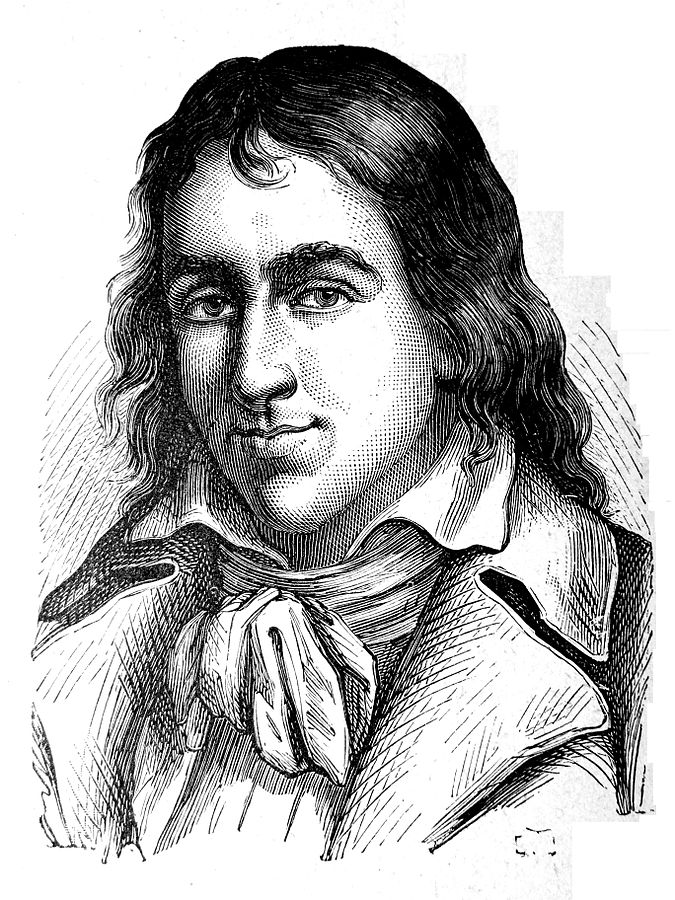 Hébert was the infamous editor and writer of this revolutionary newspaper, which overflowed with hatred. His influence was huge, even in June 1791 when this was written, just days after the unsuccessful escape attempt by the royal family – and a year before the deposition of Louis XVI.

In this extract, it’s June 1791 and old Father Duchesne is having an imaginary conversation with the King and Queen. This newspaper reveals how many French people felt about their King, when they heard that he had sneaked out of Paris in the dead of night to flee from them, rather than acting like an adult and having a dialogue with the deputies in the National Assembly:

“I was aware that you were an absolute idiot, but I didn’t realise you were also the most contemptible and detestable man anyone could ever meet.”

“You are a very foolish man,” replied the drunkard, “remember you are talking to your King.”

“You, my King! You’re no longer my King! You’re most definitely not my King. Not now! You’re nothing more than a gutless runaway. A King is meant to be a father to his people, not their butcher. The people have seized power, and they will not be gullible enough to take a coward like you, back. You, a King? You’re not even a citizen, and you’re lucky to have kept your head, after wanting to have so many thousands massacred.

“Oh, I’m sure that you’ll once again act the saint, and that you’ll promise the earth, backed up by these traitors on the Constitutional Committee of the Assembly. They still want to muck about by planting the crown on the head of a moron, but no, f… it, that’s not going to happen.

“One cry and one cry only resounds across France, from one end to the other, against you, against your f…… Messalina [Marie Antoinette], and against all of your blighted race. ‘No more royals!’ that’s what all the citizens are chanting! What trust can we put in a vile perjurer who has broken his oath time and again? No, we will screw you into Charenton Lunatic Asylum, and your slut into the Hôpital and once you are both locked away, and what’s more, once you no longer have a Civil List, you won’t f…… escape.

“I hadn’t finished speaking when the female royal swooped down to harangue me.”

“I will rendezvous with my brother Leopold [Emperor of Austria] and my brother in-law d’Artois [living in exile just over the border from France and becoming a magnet for thousands of disaffected French aristocrats], and they will clear a swathe through France over your corpses. I will dance in the ruins of Paris, yes, I swear to you, not one stone will remain on top of another. I will reign over a desert, but I don’t give a damn, even if I witness the very last Frenchman taking his very last breath, so long as my dear Trianon remains standing and my dear little Polignac is still around, and about a hundred bodyguards for me to use whenever I feel the urge. I don’t give a damn whether the fat pig [her husband] lives or not!”

A year after the failed attempt to flee from revolutionary France, Louis XVI was deposed. Hébert then became Chief Inspector of Prisons, and in this new role, tormented Marie Antoinette and her orphaned children as much as possible.

It was Hébert who presented the claim, supposedly made against Marie Antoinette by her son, at her trial – that she had regularly committed incest with her son, with the aim of making the future King emotionally dependent on his mother. Even for an audience of republican Parisians – this accusation was received in stunned silence. And Marie Antoinette’s poignant reply and appeal to the people, which followed: ‘I appeal to every mother here. Could any of us even think of committing such acts?’ almost led the mob to sympathise with the Queen. Certainly, the revolutionaries panicked at the response of the mob and hastily proceeded with the preparations to guillotine Marie Antoinette.